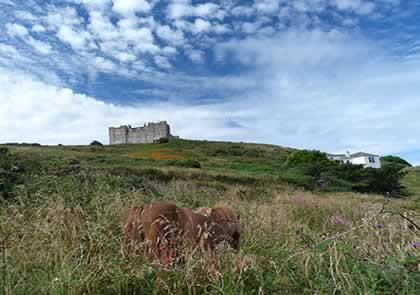 We invite you to Ancestors of the Earth and Stars: Crystal Skulls, Merlin and the Sidhe with Sound Activations at Sacred Sites.

In days of old, a Druid Shaman known as Merlin incarnated on this earth to the raise the consciousness of the planet. He is also known by other names in other lives and later came to be known as the ascended master, St. Germaine of the Violet Flame.

Millions of years before this, he came to earth to join with his Divine Partner, the Mother Goddess, caretaker of the land and nature-- also known as the Sidhe (fairy realm). One of the sacred places that this story has been woven into the landscape is sacred Cornwall in Tintagel, home of Arthurian legend and many sacred stone circles, healing wells, castles, caves, and energetic ley lines. At this sacred location, we will celebrate and explore the connection with crystal skulls and our ancestors, as well as the relationship between the original 13 planets and the 13 crystal skull consciousness and the time of ascension in which we currently are experiencing. We will offer several transformational workshops, activations for healing and raising consciousness with sound vibration. Image These sound activations will take place at sacred sites of initiation and powerful energies in the area, such as Bodmin Moor, Tintagel Castle, Merlin's Cave, and St. Nectan's Glen (initiation site of the the knights of the round table). We will have workshops on crystal skulls and fairies; meditations, sound and healing activations; and exercises to help raise consciousness in these shifting times. Some of the activations, workshop, healings, and blessings include : 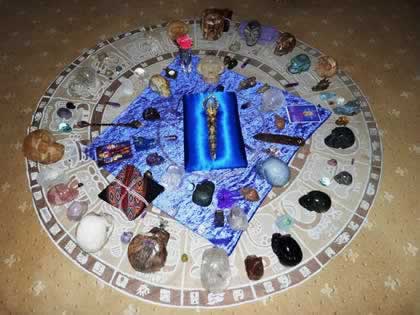 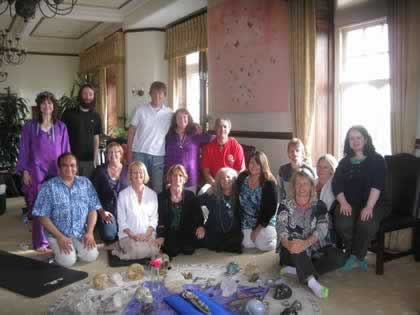 The 'Heartsong' Meditation is sung and works in conjunction with a painting called the 'Heartsong Angel'. The 'Heartsong Angel' painting connects us to the 44:44 Blue Star Angel Gate and holds sound codes; the Blue Star Skull also connects us to the 44:44 Blue Star Angel Gate and is bringing in the New Earth energies and also future energies. Blue Star holds star codes that will help with the Remembering (Ascension). When the 'Heartsong' Meditation is sung with the picture, Blue Star the Skull and Melchonova the Sword of Truth (an aspect of Excalibur), there will be a releasing of the old we no longer need and a bringing in of the new crystalline you. When you are bathed in sound you are allowing your cells to be put back to your original divine blue print. The meditation will be followed by a sound journey where, with the help of the Thunderbird*, you will be taken to the 44:44 Blue Star Angel Gate, where you will see who you truly are! (*Thunderbird is the mystical bird of spiritual illumination the timeless mystical Thunderbird signifies your soul's expansion towards spiritual illumination echoing the 5 pointed star (microcosm) she flies you to the Blue Star of Earth's origins, symbolising the heart and soul path of personal Ascension. Her silver eyes hold Mirabiel's light (the eyes of Heaven) her heart radiates the power of Mazuriel's Suns of all Suns Sacred Heart of the Creator. Water of life flows from her back while her tail represents the Ennead Angels (9 Blue Star Seraphim) guiding force to mankind Angela McGerr). 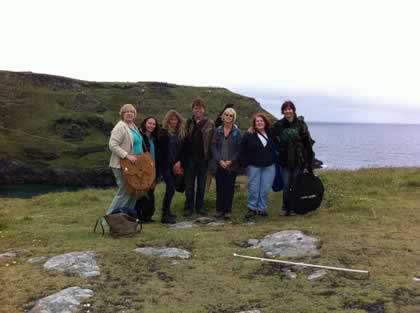 Having released and journeyed to the 44:44 Blue Star Angel Gate and seeing who you truly are with the help of the Skulls, Sound (Heartsong) and the Sword (Melchonova) to bring in the new crystalline you, are you now ready to take the most important step, your Initiation into Truth's Light?

Are you ready to stand in the Light of Truth and Light the Path for Others like Arthur and the Knights of the Round Table did? This is not an easy task, for once you have been initiated the Truth will be shown and spoken, and you may see your nearest and dearest in a new light. It is about standing in the Light of Truth and people who you come into contact with, feeling this. The Oneness and Interconnections of the Skulls, Sound; the Sword all working together with us, to reach the goal of the Stone (Mother Earth) Ascension. 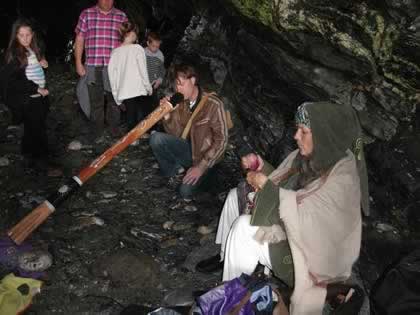 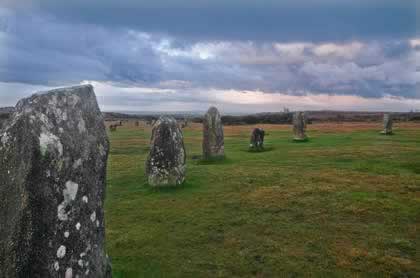 The largest of the three is over 40 metres in diameter. The circles actually date from sometime between 2,500 BC and 1,600 BC, and are around 4,000 years old. They were no doubt a site for ancient pagan rituals and ceremonies of some kind.

It has been noted that flat lozenge shaped stones tend to alternate with more slender uprights and it has been proposed that the former represent the feminine principle whilst the latter represent the masculine. Excavations revealed a quartz crystal 'floor' within the central circle and the small granite block currently sited within the circle may originally have marked the true centre.

These circles have become famous for those interested in earth energies. The central circle is the meeting point of the Michael and Mary lines, described in "The Sun and the Serpent" and dowsed by Hamish Miller and Paul Broadhurst. If you look to the east you will see the remains of cairns on Caradon Hill which may have been placed to mark the sunrises leading up to Samhain. If you follow the line of the circles deeper into the moor you will come to Rillaton Barrow which may have been on a druidic processional way from the Hurlers to the Cheesewring. 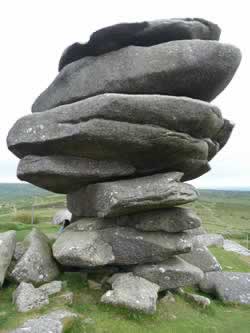 The Cheesewring is a wonderful natural rocky outcrop. It's been suggested that rocks like the Cheesewring are the worn-down stumps of "a power house where Sarron and Samothes, royal colonists from Atlantis stored their subtle force. The stone circles on Bodmin Moor seem to have been sited in a careful relationship with significant hills and tors. Cornwall has a tradition of "carreck sans", holy rocks, and to sit under the Cheesewring while the wind makes it vibrate and mutter is a powerful experience. According to the legend if you are there at sunrise you'll see the top stone turn three times.

With luck, at the Cheesewring site, you'll find Daniel Gumb's house. He was a self-educated 18thC stonecutter who lived with his family in a strange rock built "cave". Gumb was a mystic who seems to have been obsessed with sacred geometry and he carved symbols on rocks across the moor. One of the easiest to find shows Pythagoras' Theorem.

It's one of the best-preserved portal dolmens in Cornwall. The capstone is 4.2m long and towers more than 4.3m above the original forecourt at the eastern end. There is a small round hole in the capstone at its highest corner and a small rectangular piece missing from the front closing slab allowing a tight squeeze into the chamber. The western support stone has collapsed inwards leaving the capstone looking as if it is defying gravity. There was once an earth mound around it, though little remains, but the capstone was probably always exposed. The "Mary" line runs through this site. 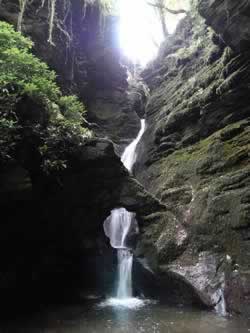 St. Nectan's Glen has been described as amongst the ten most important spiritual sites in the UK. There never was a St Nectan, the name is a Christianised form of the Cornish water god - Nechtan. Hundreds of clouties, messages and small offerings crowd the minute ledges of the steep sides of the glen. St Nectan's Glen is approached by several footpaths. Sensible footwear should be worn. The destination is the incredible 60 Foot Waterfall at St Nectan's Kieve. Here it is also possible to swim and bathe in the healing waters. The water of St Nectan's Kieve is said to have been blessed by Nectan and consequently possess healing properties. People who visit the kieve have been known to bathe or stand in the waters for healing, and there are many offerings left beside the kieve as well. Legend also has it that the brave Knights of the King Arthur's Round Table went here to be anointed before and after their search for the Holy Grail. It has been a sacred place for millennia. Nearby Bronze Age carving of the famous Labyrinth on the adjoining property.

St Nectan's kieve is said to be home to spirits and faeries. People who visit the kieve pay their respects to the spirits of place and there have been many stories of mysterious happenings at the kieve. 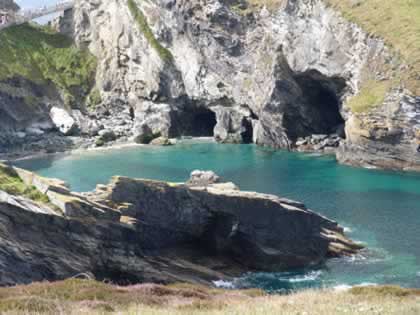 Tintagel Castle stands on windswept cliffs in North Cornwall on one of England's most dramatic coastlines. The Castle is believed to be the birthplace of King Arthur, Merlin, and the magical sword, Excaliber. It is an awe-inspiring place to visit and soak up the atmosphere generated by the dramatic views and wonderful legends. Today, the remains of Tintagel castle stand on rugged cliffs high above the sea.

Many claim that Tintagel is one of the most romantic places in the UK, with beautiful walks along the Cornish Coastal Path.

Merlin's Cave is situated below Tintagel castle. Merlin is said to have lived in a cave below the fortress of Tintagel while King Arthur grew up, to be his teacher.

It is one site that is claimed to be the home of the Lady of the Lake. According to the legend, it is here that King Arthur rowed out to the Lady of the Lake and received the sword Excalibur. The pool is also the place where Bedivere returned Excalibur as Arthur lay dying after the Battle of Camlann.