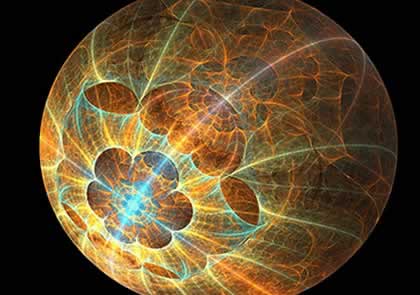 Sacred sites are located all over the world and spring from every spiritual tradition in history..Since ancient times and even before recorded history, people have honoured the land in their own way, consecrating it with ceremony, ritual, and meditation.

Many people describe extraordinary experiences while visiting these places. Different sacred sites have the power to heal the body, enlighten the mind and activate the subtle energy fields of people, stones, sacred items, communities, and much more.. Sacred sites are liminal places, or doorways into other dimensions and worlds. Many sacred sites around the world are in fact interconnected through energetic pathways or leylines and electromagnetic currents. Image Some sacred sites are even considered to be star gates into other universes.

The types of sacred sites are many. Some are in the natural landscape such as sacred caves, rivers, wells, mountains, trees, and stones. Others sites were created by ancient and modern people and are still used or are left un-used over time. These may include pilgrimage routes, petroglyphs, burial sites, archaeological sites, calendrical sites, memorial and labyrinths, temples, and churches, as well a personal shrines.

Ley Lines are telluric pathways (the natural electric currents that make up the earth's magnetic field) comparable to acupuncture points on the human body. Just as a human being emits and receives energy through chakras, so does the earth. These lines and vortexes can send or receive energy around the world's grid. Ancient monuments, megaliths, stone circles, holy wells, mountains, and rivers are some of the places which mark or create ley lines. The Earth produces its own magnetic field and currents below the earth called electromagnetism. Image In some societies these were called Dragon Currents. Electromagnetic energies, flowing through connecting ancient sites, were by utilized ancient peoples to harness or channel earth energies.

The electromagnetic and electrical currents cover the earth in a geometric pattern and resonate high levels of energy. Many of the leylines intersect around the earth to form triangles. The points of intersection are called vortexes and are said to have very high energy levels.

Some sacred sites were constructed as tracks or lines. These are types of leylines too. The Nazca Lines in Peru are thought to have been used as energetic pathways associated with shamanic travelling. The shamanic straight lines meant that a shaman can fly and go to the spirit world of the ancestors. The ancestors can also travel along these lines out of time and space. The shaman can additionally use the lines to gather healing power.

Other straight line tracks are made by erecting stones or churches along energy tracks. For instance, the Michael and Mary leylines pass through long straight lines connecting many sacred sites across the UK.. The amplification of energy increases along these tracks during certain celestial alignments such as solstices, equinoxes, and eclipses, as well as lunar and stellar alignments. There seems to be a connection with these tracks and the tracks used by the Incas at the Nazca Lines. Throughout the UK, leylines or straight tracks are also believed to be highways for the dead or the ancestors. The name spirit or fairy path for some of the lines suggests this link to the other realms, dimensions and the ancestors.

Dowsers use various methods to locate leylines and links between ancient sacred sites. The most common tool is the dowsing rod in copper, brass, or wood form. Pendulums can also be used to dowse. Some dowsers do not use tools, but simply sense into the electromagnetic fields through his or her senses. Image Besides locating leylines and vortexes, dowsers also locate underground water, buried metals, ores, gemstones, oil, archaeological sites, lost items, and more. Dowsing has a long history and other names for dowsing include water-witching, doodle- bugging, and water divining,. Many dowsers in the past were utilized to find potable drinking water for wells or for mining purposes.

Dowsing is also used for healing and for divining answers. Dowsers typically use the pendulum for this kind of dowsing. The pendulum may be held over the body to test the chakras and find blocks. One can also dowse with a pendulum to ask questions to diagnose health or ask about the future. Pendulums can be used with map dowsing. Map dowsing is a form of divination and distance attuning to the land to discover energy lines or other questions.