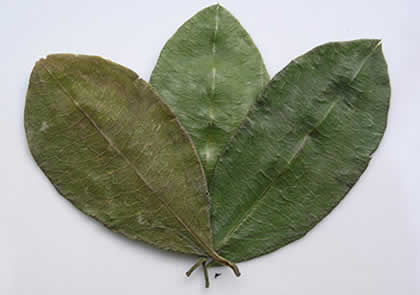 For the Q'ero Incan people of Peru all of life is sacred. Every tree, plant, stone, mountain, river, animal and all of nature has living energy and spirits who are connected to them in individual ways. The Q'eros consider trees and plants as very sacred beings. Some specific trees sacred to the Q'eros include the Palo Santo Bursera graveolens (holy tree) and the Willow native to Peru, but all trees are sacred to them.

This is apparent in their form of their Tree of Life represented by the Chacana or Incan Cross.

Through the Tree of Life or Chacana, you can bridge all of the holy layers and levels of existence such as the Three Worlds (Upper, Middle, and Lower) where many spirit guides reside and can assist one in healing when traveling there to meet them.

Other plant spirit helpers are the sacred cocoa plant, roses, and seeds of many other plants. The Q'eros believe that plants do have consciousness and have always known that plants are alive and can feel our thoughts. They can assist us with protection, raising our energy and gaining healing and power.

The Spanish word for holy tree is Palo Santo and is one of the most sacred trees to the Inca people, as well as other indigenous people in South and Central America. The Palo Santo trees are only harvested when they have already fallen to the ground naturally and all parts are used. This is even regulated by the Peruvian government but is a practice by the Q'eros also out of respect for the spirit of the tree. Palo Santo incense is burned in all ceremonies, during healing and initiation. It helps to bring protection, create sacred space, connect to the spirit of the tree, cleanse, purify, heal and bring good fortune. The Palo Santo tree has a very aromatic smell to its resin which is beautiful and powerful. The species of tree, Bursera graveolens, is related to the sacred Frankincense used throughout time as well in churches and other sacred places around the world.

A tree spirit is called a mallqui which also means forest, tree, shrub, bush, plant,and ancestor. Since trees absorb a lot of their nutrition through their root systems, the paqos feed the mallquis with earth from sacred ground. When one is feeling disconnected from spirit, healing can come through work with a hatun mallqui, or great tree spirit. Trees are special beings for they are able to feed on k'anchay (celestial light energy) and sami (light energy) directly, with roots which draw minerals from Pachamama and a trunk with branches linking heaven and earth. Trees resemble the neuron and can be likened to the nervous system of the planet. Calling upon the mallquis anchors both heaven and earth in consciousness. And all trees are connected across the planet and help other beings to exist here. One particular way that the paqos feed the sacred tree spirits is with special despachos (ritual offerings) that include of mineral elements such as salt and lodestone (magnetic iron ore).

The word sach'a means forest or jungle and the word Sach'amama translates to Mother of the Forests, Mother Tree or the sacred snake (guardian of the direction South). Sachamama is a two-headed snake in Andean cosmology. One head eats the tail and the other points to the sky. When she surfaces she becomes the Tree of Life. In her celestial form, she transforms into the Rainbow Serpent. Sachamama can send a rainbow from her mouth to control all the elements and fertilize the earth bringing color to all living things. When she is on the ground, her form is covered by vegetation and she can look like a tree. The Three Worlds were united by Sachamama in her various forms.

The Incas regarded coca as 'the divine plant' mainly because of its property of imparting endurance and strength and reduces hunger and brings clarity and connection with other sacred realms. It is not used as a drug of any sort. The leaves are chewed or made into a tea. And the leaves are also used in offerings known as despachos as well as in divination readings. Since ancient times, the cocoa plant is considered a very sacred plant. It is related to Inti Tayta (Father Sun) as well as Mother Mary.

In the Incan story of the origins of the use of coca, Mother Mary was looking for Jesus in the Sinai desert, but she could not find anything to eat. All she could find was an herb to stop the hunger so she could continue her search. This was the sacred coca plant. Another name for Mother Mary in the Incan cosmology is Pachamama or Mother Earth. The coca plant is a gift from Pachamama and to work with the leaves is a way to connect with her. Sometimes the coca plant is also referred to as Cocamama or Mama Coca who was split in half like a tree during the time of the Spanish Conquistadores. When the coca leaf is chewed, it is thought to be like eating her body, similar to taking the Sacrament of bread (ingesting the body of Christ in Christianity during Holy Communion). The Q'eros believe they would not be alive without her.

Coca leaves are also used in divination and depending on how they fall when they are tossed determines a great number of outcomes and ways to diagnose illnesses and the future. The leaves may fall upward or downward or in relation to each other, as well as be folded, full or partial or in a certain direction (North, South, East, and West). Before every cocoa leaf reading, a special despacho should be offered and the mesa should be fed with flowers. During the reading, the paqo connects to the Sinai Desert and the Four Directions. Typically, 12 coca leaves are used.

The term for a paqo healer who is of the highest rank relates to the word for chewing coca leaves. This is Kuraq Akulleq. The Kuraq Akulleq can be one who uses coca leaves for divination by reading them and chewing them. The Kurqu Akulleq journeys back to ancient times through the coca leaves. In meditation, he or she interacts with Pachamama and the spirits with the help of the plant spirit of the coca.

In the despacho offerings, three coca leaves (k'intu) are blown into connecting to the Three Worlds with prayers and way of giving back to Pachamama and the spirit guides in reciprocity (ayni) for balance and harmony. Sometimes the coca leaves are activated with a black tar-like substance. And often they are used as a way to feed and connect with the sacred mountains (apus).

Furthermore, the Q'ero people have, for thousands of years, understood the great nutritional value that is within each coca leaf. It helps them to live at high altitudes with ease and when they chew the leaves it increases their energy to work and live. They reduce hunger and allow them to walk long distances without food, just as the story of Mary in the desert. They are also aware of the many curative properties of the coca leaf and use them as salves, compresses, and poultices. Coca leaves are also exchanged as an act of hospitality for guests, either to be chewed or drank in a healthful tea.

To the Incas, corn or maize is a sacred grain and a major food, but climate restricted its cultivation to lower elevations. They also use kaniwa, kiwicha, and quinoa along with many types of potatoes. From the moment the fields are sown with seeds, it is holy act in which prayers and offerings are given.

During the invasion of Pizarro and the Spanish Conquest in 1553, it was reported that at the Temple of the Sun, there were intricate carvings made of gold and silver in the shape of corn and the gardeners who tended the sacred crops. These carvings were made to precisely resemble each part of the plant (flowers, cob, husks, silk, kernels, leaves, and stalks). The temple was called Coracancha and was located in Cusco. Coracancha means enclosure, but also is the word for corn. Corn itself was also seen as the "gold of the sun." It is sacred as a gift of the sun (Intitayta) and also used as currency or coins. Terraces of crops of corn were cultivated at Machu Picchu. Evidence of the cultivation of corn in Peru dates back to 1050BC. Over time the Incans developed 48 types of corn, more than any other culture, as well as many ways to cultivate it.

When saving the sacred corn seeds for the next years planting they were stored and given a spot of honor in the granary and place in the heavens. They connected the seed corn to the Pleiades Star Cluster also known in this case as "The Star of the Overflowing Grain Bins." The next year, the seeds were distributed to the farmers to be planted in their fields.

The Incan goddess of the grain is named Mama Sara which means Grain Mother. She was known to appear in her fields in the form of corn or ears that might take on unusual shapes or were joined in groups of ears. Sometimes, she came to earth in cornstalks which are used to adorn the sacred willow trees.

Another sacred crop was Quinoa. It was first domesticated around 3000-4000 years ago in the Andes. It is referred to as Mama Chisaya or Mother of all Grains. Only the Incan emperor was allowed to sow the first grains as he was also considered a deity and an embodiment of the Sun, Intitayta. During the time of the Spanish Invasion, the cultivation of Quinoa essentially vanished because the Incans were forced into laboring in the gold and silver mines. It has now reappeared and is cultivated once again. In modern times, Quinoa is considered a Superfood because of its nutritious value- high in protein, minerals, vitamins, and fiber.

In Peru, there are great variety of different climate zones and elevation. The mountain ranges make it possible to grow a great variety of crops at different altitudes. Besides corn and quinoa and other plants, the staple foods include potatoes in as many as 4,000 varieties. These potatoes and tubers are also considered sacred beings.

The Tree of Life or Chakana

Chakana or Chacana is the Andean cross that mirrors the Three Worlds and the way to navigate between them. Another name for chacana is bridge, stairs, or ladder. The Hanaq Pacha is the Upper World. The Kay Pacha is the Middle World or this world. The Ukhu Pacha is the Lower or Inner World. In the center of the cross is a hold or disc or the Central Sun. The Southern Cross constellation is also known as the chakana and is a way to travel between earth and the heavens. The Central Sun is a passageway or portal also to travel between the levels. Each arm of the chakana represents a direct sacred direction. The central hole is like the axis mundi or sacred pole of the center of universe represented by the Tree of Life.

References: National Research Council. Lost Crops of the Incas: Little-Known Plants of the Andes with Promise for Worldwide Cultivation ( 1989 )

Oral trainings from the paqos through Serena Anchanachu School for Inca Shamanism.