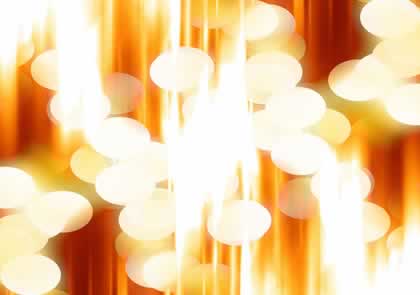 In the Qero Inca tradition, the paqos teach that everyday stress, as well as illness and trauma can cause you to accumulate energies that are "heavy" In other words, over time these build up and become burdensome to carry around in your energy field and eventually this can take a toll on your physical, emotional and spiritual body within all its layers.

This heavy energy in Quechua is called hucha. It is defined by its density and weight and the more that accumulates the worse you can feel. You may notice that you feel drained constantly or short-tempered and triggered by the smallest things people say or that happen to you. This is a sign that you are in need of releasing the heavy energy.

The Inca healing medicine that we use to help you release this hucha is called the Hucha Mikhuy. When the hucha is removed, there is space for a refined light energy called sami. During the healing process, the sami can flow through the chakras (nawis) and circulate all over your body, even down to the DNA level. We often recommend the Hucha Rumi or Energetic Cleansing to remove the heavy energies initially and then work with the Hucha Mikuay or DNA Cleansing to clear genetic and emotional issues that may have been passed down over generations through the family tree. The DNA Cleansing travels back in time to heal these issues, as well as help your ancestors heal from them, as well.

The DNA Cleansing, Hucha Mikhuy, and/or the Energetic Cleansing, Hucha Rumi can be done on their own, but if you wish to receive some other healing treatments or initiations, it is usually a process that we will go through with you first. It is important to clear and clean the energy field in these ways to prepare you for deeper work. This is for you to best experience and work on your issues in the order that they are most apparent in your energy field and situation. In some situations, a Soul Retrieval may also be recommended before receiving an initiation. This will prepare the physical, emotional, and spiritual bodies.

Some of the symptoms of carrying an overabundance of hucha are fear, anxiety, poor self-image, inability to share love, depression, stress, anger; short-temperedness, indigestion, diarrhea or constipation. Fear and painful emotions are "only symptoms of being in contact with hucha. Fear, for example, is an indication that you are in contact with something that is heavy for you. Incompatible types of energy feel heavy" It is important to note, however, that hucha in itself is not negative or bad. There is no moral judgment about the relative level of vibrations we experience in life from sami to hucha. From the Inca perspective, what we may perceive as "bad" are the symptoms of how it feels to be in contact with heavy energy that we create emotionally or when it feels heavy or incompatible to us to be in contact with other's energies. Everyone has a different response to particular situations, so it depends on the person and how he/she feels heaviness and the incompatibly between one's current state of being and another. The goal is to be able to easily transform any heavy energy to light energy, not in a fearful protective sense, but in an open way of flowing, giving and receiving anyi (reciprocity) in all situations.

Hucha is naturally accumulated through human action and interaction and human emotions; however, it is "a density of energy we do not want to accumulate, for it turns the lightness of our energy body heavy like itself" (Parisi Wilcox, 31) "If we do not cleanse the heavy energy hucha can accumulate, building up and seeping deeper and deeper into our poq'po. The deeper it goes into our energy body, the more it affects our physical, emotional, mental, and spiritual states" (33-34).

When the hucha is removed from the body and aura, a cleared and cleansed space is opened in our energy field which can be replaced with sami. Sami is refined, clean, light energy that is most compatible with our system. Sami energy is the original state of energy in our bodies that supports and empowers us. In contrast to hucha, which is dense energy, sami enlivens us and raises our consciousness (44).

To schedule an appointment for the DNA Cleansing, Hucha Mikhuy Healing, contact us. This healing may be done in person or long distance.

Keepers of the Ancient Knowledge: The Mystical World of the Q'ero Indians of Peru. Joan Parisi Wilcox. Boston: Element, 1999

Personal trainings with the Inca Q'eros (Don Mareano and Don Claudio) oral teachings during their visits to Holland 2010- 2012.